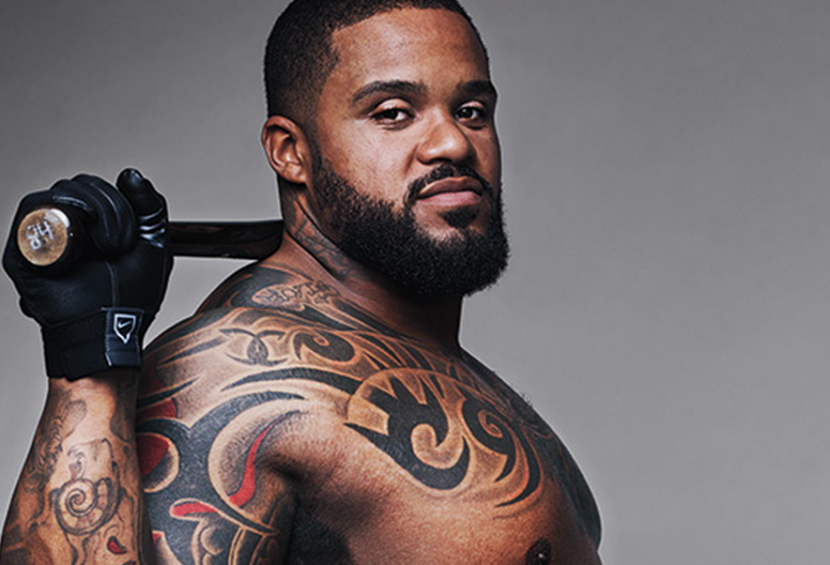 Now I haven't wrote a Pictorial Editorial in a minute...hell I haven't wrote a real post in a while. I always have plans for another post, but I never finish them, and then my mind moves on. I still type out my feelings, but more so to myself , stored on my laptop. Anyway I have a few feelings, that I need to get out now. Thankfully it is Wednesday, so it all works out for this particular post. As I am sure you all have heard ESPN magazine has come out with their annual body issue. I'm not going to front, it is probably the only time of the year, I will buy a sports magazine. Well this year, we have tennis player, Venus Williams; basketball player, Serge Ibaka; swimmer, Micheal Phelps, and a number of other athletes. Which to be honest I didn't know; who include a women's hockey player, a couple that  is representing both motocross and skateboarding, and some bmx biker...which by the way didn't know that black guys was dominating in that field. However like all theses other athletes strip them down to there shaved hidden private parts, and I'm there to know who you are now. Which brings me to my main subject at hand; the reason for this pictorial editorial edition, Prince Fielder. Now I didn't have a clue who this dude was, before the world decided to come down on him about his cover, so I had to do a little research. Prince Fielder plays for the Texas Rangers, and has played for a couple other major league teams in his career. I have heard quite a few people talk about how he is not as good as his father anyway. 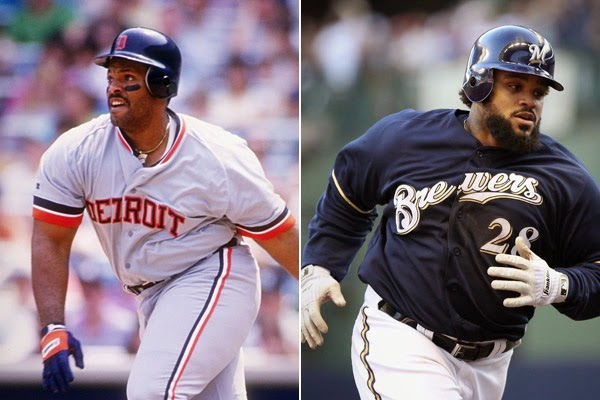 I did my little research, and studied  him and his father Cecil's stats...look at me, I'm Stephen A. Smith. Anyway from what I get if you compare Cecil Fielder at his son's age now. Prince stats is better than Cecil's stats at this age; not Cecil's whole career, but up until 30 like Prince is now. Now that's enough of that, let's get to Prince's body.


Now I was at work today, and the subject came up, which is no surprise considering everybody is talking about him. He has stole the show from all the other athletes in the 2014 ESPN body issue, but not in a good way. We were talking about eveverybody coming down on him and the backlash he was getting, well I was. I brought up the double standard of how everybody came down on Elle magazine, for having Melissa Mccarthy all covered up, in a big coat, to hide her not so thin bod; but as soon as another magazine let a...not so ripped body...let it all hang out, people lose their minds. Before I continue let's get to the cover at talk. 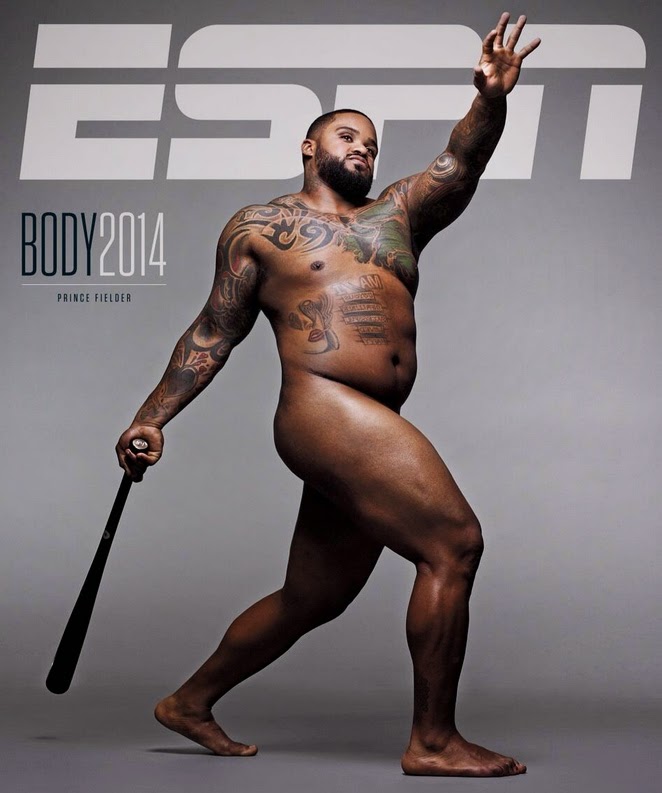 Now let's get back to my female coworker. Now when I mentioned the hypocrisy between Melissa being covered up and people being outraged, and Prince baring it all and people being outraged. When I brought up how covering it up or baring it all, a bigger person can't win. Well my white female coworker decided then to put in her opinion about how she completely disagrees. She mentioned how what Elle did to Melissa is what magazines have done to women for years...which I don't disagree, but then said how she felt ESPN shouldn't have put this man's "Fat Ass" on no cover. I then asked her," Have you seen the cover?" Her response was, "No, and I don't need to. If everybody thinks he is fat and shouldn't be on the cover, then he probably shouldn't." I reiterate my point that, I didn't think he was fat. He may be a thinker man, but he seems fit in the picture. He just isn't Micheal Phelph's size or has Alex Rodriguez body.  They act like it's Rick Ross on the cover. She finishes with, "Look I don't feel sorry for this guy. If it was a girl then I would, but it's not, so I don't." Now I wanted to go into this much, much further, but however this...girl...is the type, who thinks the louder you get, the more right you are.(?) So I knew I was about to get hyped, I like to keep it professional, so I sat on my hands, smiled...or smirked...and just remained quite. Until I got home and here we are. 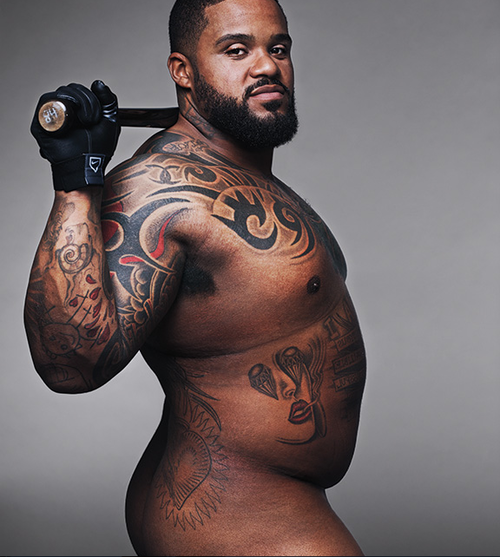 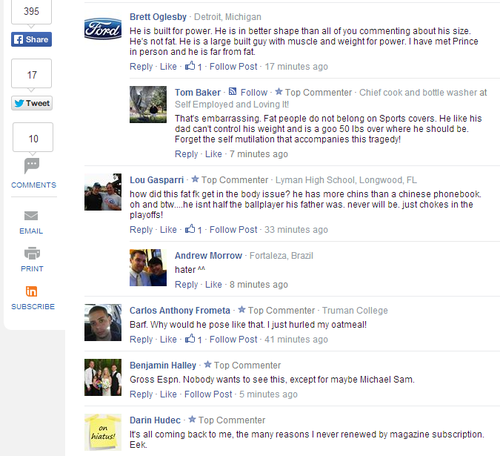 Now look at some of the comments made about this cover. Tom Baker thinks "Fat people do not belong on Sports covers." Well Tom they do if, they are sports athletes who do their damn job, worth 60 million dollars and make about 15 to 20 million annually now, and stats are worthy to be n the cover. Like they are not just putting any riff raff on the cover. I mean these are some of the best of the best. It is not like a radon "fat person" on the cover. Now lets go to Lou Gasparn..."He has more chins than a Chinese phone book." Really? You can't even see one chin let alone multiple chins. I mean he got a thick ole beard, so you can't see anything. I mean the joke is old and quite frankly irrelevant to this picture.

Now to play the devil's advocate for one second. I think that in this body issue he comes off as a sexy thick dude...yes I said sexy. 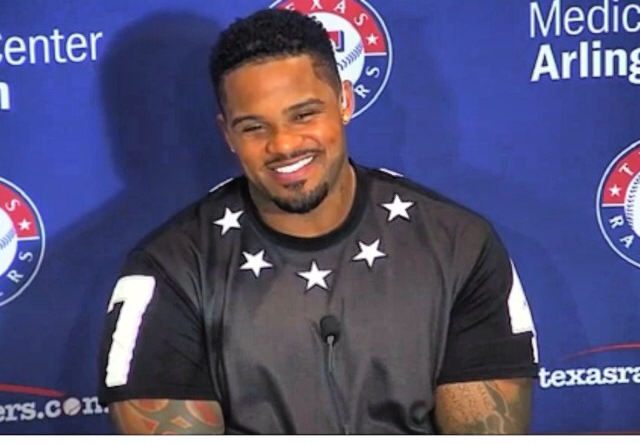 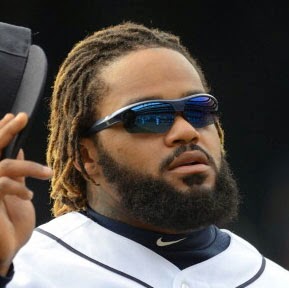 However I get where this backlash is coming from, and it is not the ESPN 2014 Body Issue. It's coming from Prince Fielder's body before the body issue. Now, I image Googled him, and I slightly get it. From what I get, he goes up and down in the weight department. Where from what I get the weight is up more than down. I mean a lot of the pictures he looks...he looks like he hasn't missed any meals. Fine are you happy. 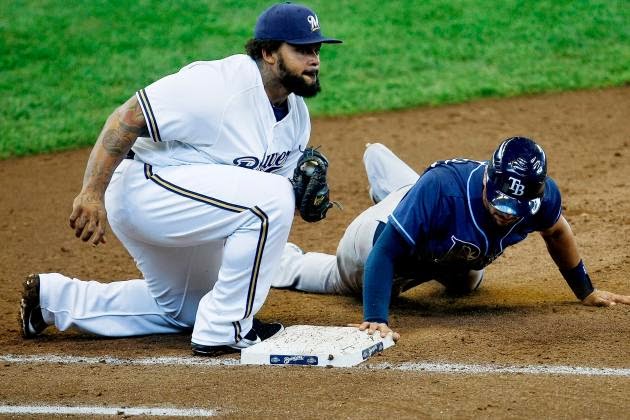 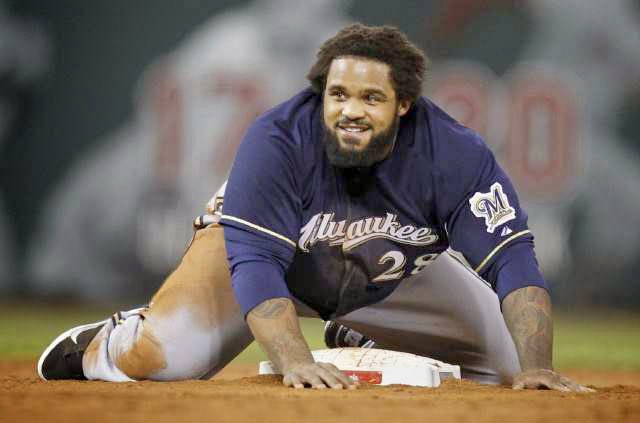 Then there are times when he looks like this... 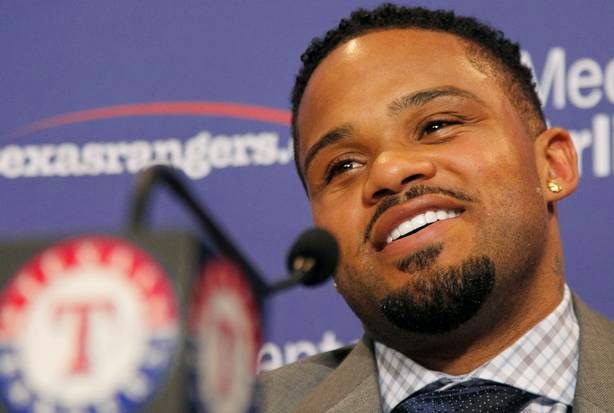 Basically he is real inconstant with his look and body. It just depends on the day, the hair, the beard, the photographer, on how he looks. From what I have gotten sports analyst and commentators have been talking about his weight and size for a while. 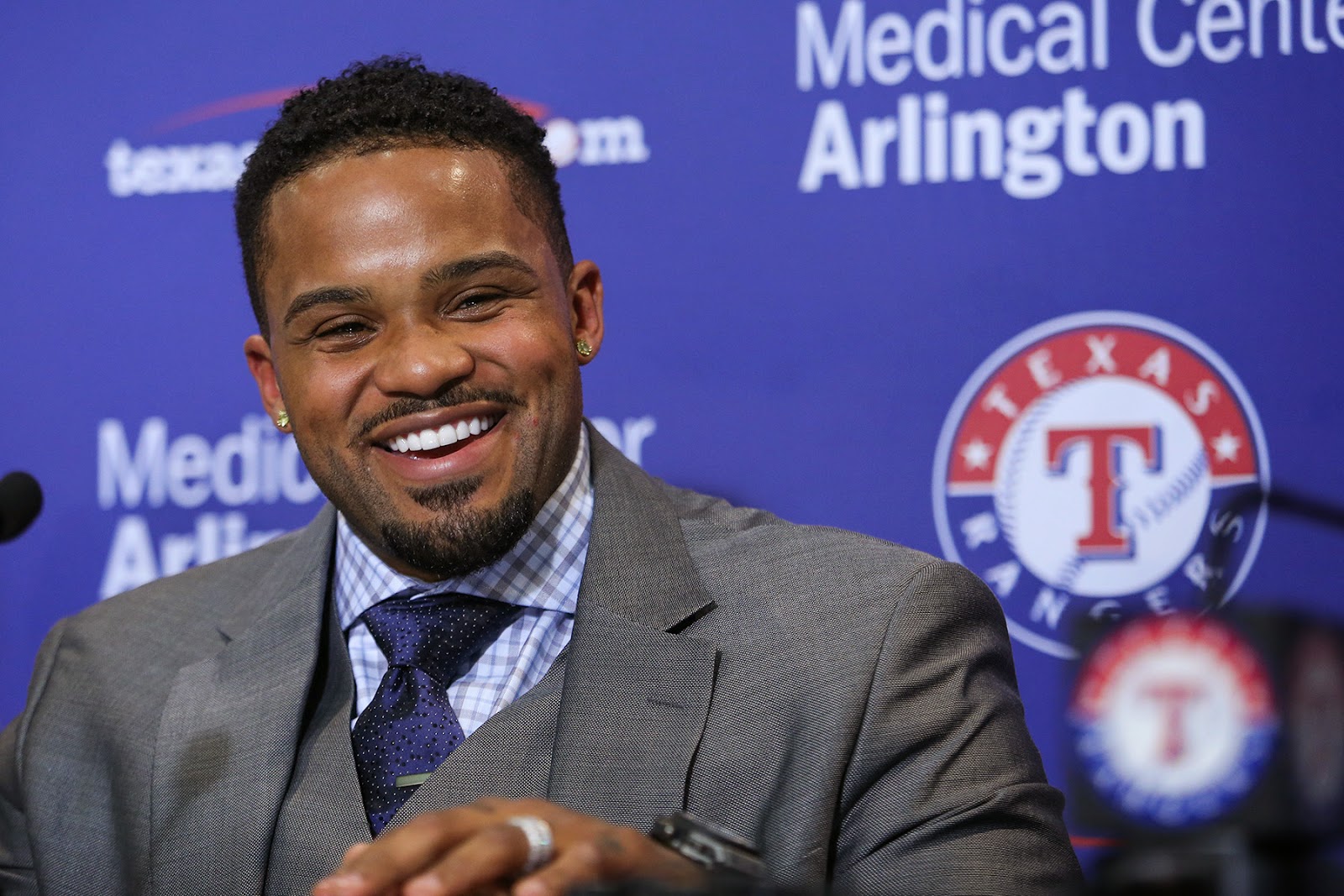 Which makes me understand why ESPN magazine put him on the cover, even more. He is letting the real him hang out in spite of what everybody has said about him over the years. Yes his is thick and has no sign of a 6 packs at all or obtaining one, but is still fit.

He even released a statement about it. "A lot of people think I'm not athletic, or whatever, but I do. Just because you're big doesn't mean you can't be an athlete," Fielder said. "And just because you work out doesn't mean you're going to have a 12-pack. I work out to make sure I can do my job to the best of my ability. Other than that, I'm not going up there trying to be a fitness model." 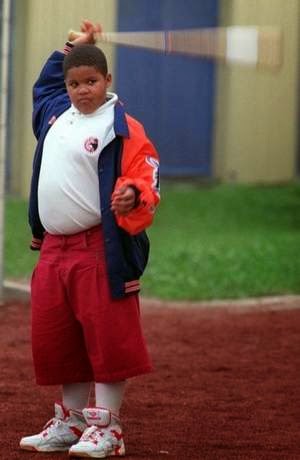 There you have it.  He been a little nugget since he was a we bit. Now he 30 and he gets himself and loves it. Watch the video below and check out what he says. He likes good food, and he knows it. In case you missed it the first time, he will tell you it again he likes GOOD food.


Here is the thing I don't think he looks any bigger than football player Marshawn Lynch, who is also featured in the ESPN Body Issue. 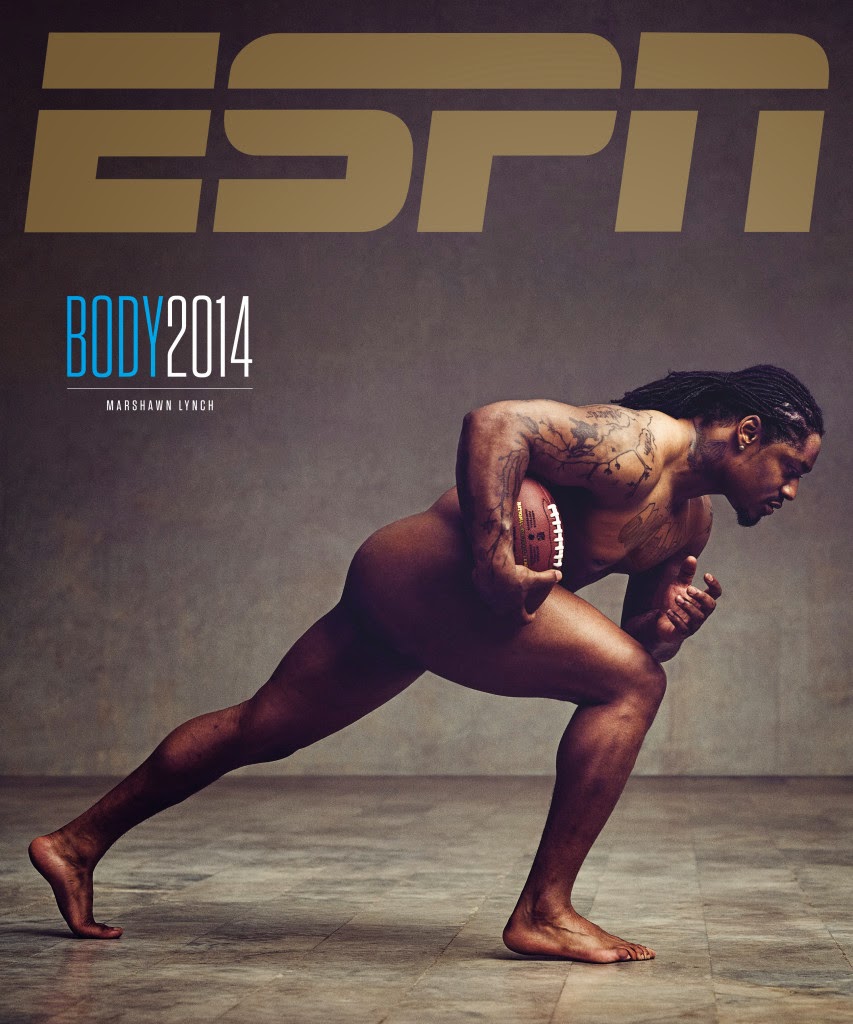 I just think Prince's pose lets it all hang out a little more than Marshawn, Where his pose hides things better.

Anyway that's all I have to say for this Pictorial Editorial Wednesday...Although not published until Thursday. Started on Wednesday, didn't finish before midnight though. Not what I wanted my first post in a while to be, but when the mood strikes you, go for it. Let me end it with one last pic of the main man.

Posted by TheBlogArtistFormerlyKnownAsYBandDL at 1:32 AM

Comfortable being you despite who's watching is awesome. And he doesn't look bad doing it! Yes I think he's sexy also 😇

Comfortable being you despite who's watching is awesome. And he doesn't look bad doing it! Yes I think he's sexy also 😇

Whose that Black Man of the Night

TheBlogArtistFormerlyKnownAsYBandDL
Virginia, United States
I'm a young black man, trying to figure myself out, and the life I'm leading right now. From college, to career goals, to spirtuality, and sexuality, in my world.

My Book of the Moment 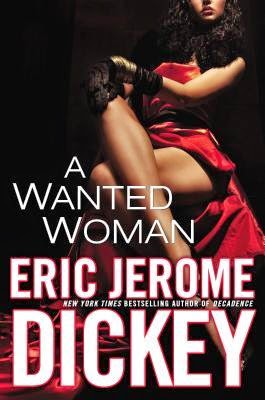 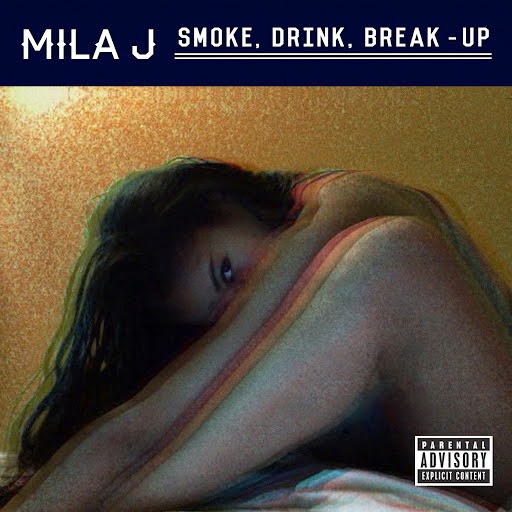 My New Blogs of Watch